Mornings are a beautiful time for me, I’ve always had a reverence for them. It’s probably related to being pulled out of bed in time to see the sunrise many mornings of my life (at least during school, hunting, and fishing season), and despite my resistance, eventually realizing the magic of those hours before and just after dawn.

It’s still that way, although there’s less resistance now. Watching the earth I stand (or float) on rotate itself into the illumination of the sun is humbling and gratifying. I’ve never once regretted waking up to watch the sunrise.

Artists, poets, writers, musicians, inventors, innovators, business people, entrepreneurs and scientists have all expressed the magic of these hours, yet no one has come to understand why they’re so powerful.

There’s speculation that it has to do with how many people around you are still sleeping, that maybe the lack of other people’s thoughts and the energy vortex that comes along with it allows you to be the preferred vessel for universal intelligence to work itself through, if only by means of deference.

Maybe it’s the quiet, the solitude that it provides. It’s said that the darkest hours are just before dawn, and not only is it true literally and metaphorically, but practically, perhaps. Haven’t you ever noticed the extreme quiet, the blasphemous lack of movement that seems to go on between 3-5 am?

But it’s not working that I’m feeling right now, it’s the reverence and ease of the early morning that I’m curious about.

In the last 8 years or so I’ve focused much time on nailing down a morning routine. It started as a need. I was depressed and frequently anxious, and being a sophomore in college living in a house with three other guys, had no one to turn to, nothing that really helped. I needed to figure something out before I crashed and burned.

Thank Prometheus there are books. I read and searched and reached out to people who probably wanted nothing to do with my problems until I started to see patterns. I won’t jump into this sea now but I’ll summarize and say that I slowly began to realize that it was my habits that were making me who I was and that developing new habits, new ways of being, would ultimately make me into who I wanted to be.

And then, of course, it took another few years just to figure out who I wanted to be.

After jumping on and off the wagon of healthy mind, body, and spirit living for the next few years, I found myself with a heavy health diagnosis, one which I struggled through for about two years before learning enough to know what to do. But that’s another story regarding PRIDE, and it’s not why I’m writing today.

I’m writing because I’m eternally grateful for what I’ve been shown, for what I’ve come to adopt as my morning routine. It’s as integrated into my days now as eating lunch or lying down at night to sleep. I have never felt dependent on it, the way I have with substances or even eating healthy and working out. I’ve only felt myself floating higher as the days and weeks pass. There’s a feeling of security and accomplishment in spending that 20-45 minutes deciding how my day will be, designing the map that I will live by. The map is repeatable, trustworthy, and reliable to be accessible anytime. I often wake up smiling now because I know my day will go well, regardless of what’s on the agenda. I don’t even have to think about what I have to do each day because I know that in a few minutes, after I’ve made my coffee of course, I’ll be sitting down to still my mind, lay out the maps, and draw up a plan, one that isn’t so different from yesterday (within this analogy I still have to walk, keep my eyes open, look around, ask questions, make decisions, etc) just simply going further into unknown territory.

There are so many factors in designing a map, a perfect day, everyday, but it’s incredibly simple. I won’t go into the outline of my own (unless someone were to ask me), because I realized in writing this that what I really want to describe is the mechanics I mentioned early. A sort of precursor to any action is understanding what you are doing and why.

There’s a book in here somewhere.

The morning ritual, the plan for the perfect day is many things:

It’s centering: a tree isn’t uprooted by the winds and world around it. Instead it is planted deep, the way we are deeply rooted in our beliefs and by our habits. Many of these are from childhood, something we weren’t even conscious we had control over until a certain age. It’s not are fault we are who we are, it’s simply our karma and the way we proceed from that realization is what will create more.

It’s liberating: a bird chooses to fly here and there, dipping into the wind or soaring on top of it, diving into the sea or landing in the highest trees, simply by choosing. Our paths are the same way. It takes on decision to commit to your path and then a million more, little ones every day, to always be refining and allowing your path to grow in ways you’d never imagined. And with that comes the feeling of freedom, of finally not being dependent on what happens around you, to you, but instead on what you create within yourself, the power of your heart and mind.
“Don’t believe what your eyes are telling you. All they show is limitation. Look with your understanding. Find out what you already know and you will see the way to fly.” – Johnathon Livingston Seagull 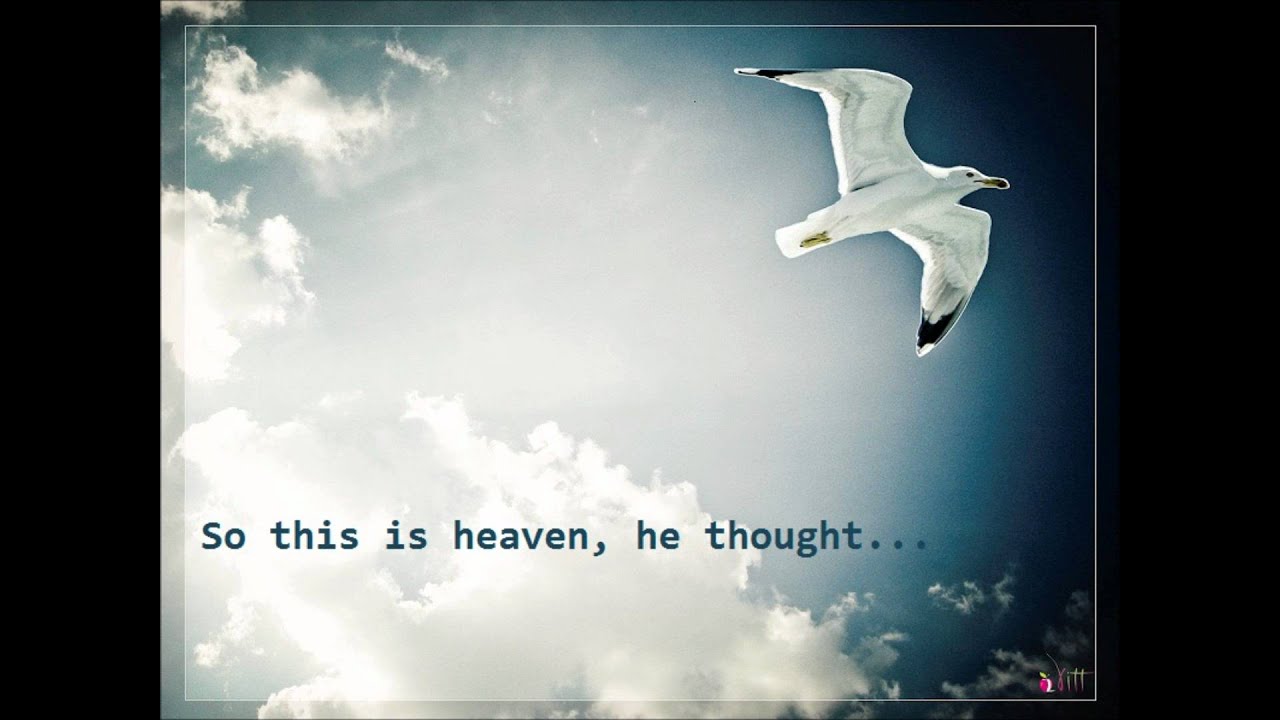 It’s empowering, or not: you can choose to be as strong or as weak as you please. A daily reminder to be a little less bull headed, or writing your new belief of your own newly acquired self confidence, both are choices, and there are many more options to choose from. That’s the beauty, you get to decide every day who you want to be. And slowly, with the right intentions, you’ll actually learn who Life wants you to be. Then it becomes a paddle downstream, no more crossing churning rivers or swimming upstream to be who you were told to be as a child, even if it was just friends and family influencing you or the desirable things seen on TV. A commitment to wisdom is no free ride, but it sure becomes easier than a commitment to being what the world tells us to. It’s easier: “a little preparation before beginning a new project will yield twice the results with half the work.” – someone, somewhere
When at first it may seem monatoneous, with time it becomes exciting. Because as you commit to knowing who you are, and what makes you tick, it really will become more apparent. And then you place the right goals with the right intentions and things flow more easily. The world will seem to be on your side, you’ll finally start to feel lucky. It’s not because you’re in control or some almighty force of creation, no, it’s that you’ve decided to stop trying to be what your mind tells you to. It’s slowing down to listen and respond instead of reacting and regretting.

Mindfulness, gratitude, compassion, creative visualization, self-love, giving, and expressing.. these are some of the things I practice every day, only because it’s what I’ve been shown is important for my personal growth. Everyone’s is different but you have to try things before you can know what works for you. But once you’ve got an outline, things flow, and you fall down and get up to dust yourself off and you’re okay with falling because you’ve learned something and that is the goal. Only the wise men led the people and only the wise men could listen to the leaders. Be wise, man, won’t you?

A journey of a thousand miles can’t begin with just one step if you don’t know which direction to face.

Those are some of my goals.