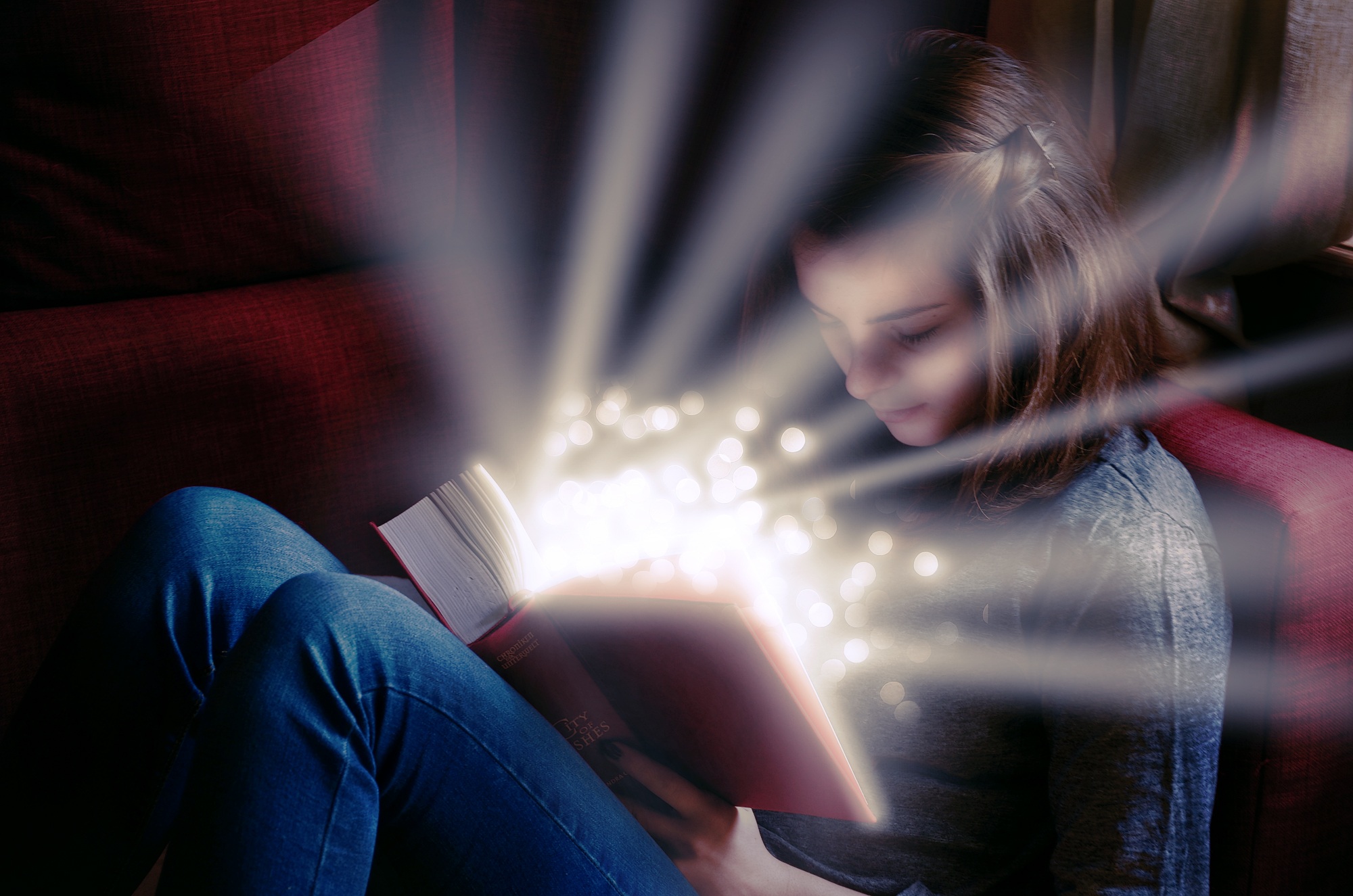 There’s an unpopular prerogative that every human has, a thing we were all born with the rights to the way a lion is born with a place in a pride.

There are so many words in the English language that aren’t taken seriously. But surely all words have a (somewhat) legitimate origin.

Conspiracy theory? There’s a reason that word was created.

Astrology? Learn a little about it before you completely dismiss it.

Self-Affirmations? There’s something going on there.

And yet magic is a word that is treated like Santa Claus or the Easter Bunny (both of which have legitimate historical relevancy, found here and here respectively).

The point is that there are numerous concepts in our society that are subconsciously viewed as illegitimate or groundless. Yet even far-fetched ideas have foundations lain in truth, albeit some are rooted in truth misinterpreted. Like Vampires.

So what about Magic? Besides D & D (dungeons and dragons for you non-gamers) and HP (Harry Potter, you Muggles), where does the root of such a widely used and skewed word lie?

It turns out, the term magic is derived from the Greek “Magike Techne” meaning the art of the Magi. The Magi were priests who wore white robes and practiced a vegetarian diet and may have found their name from the Indo-European root word MAGH meaning to be able or to have the power to act. As years passed the concept of magic began to drip not only with hokey stage performances and entertaiment, but also into fantasy reserved for children and weirdos. But behind every superficial result there is a deep stream of movers and shakers who carry its origins. In this case, they are the ones who constantly redefine magic’s working definition which currently is the ability to recognize and understand the underlying forces of nature and the laws which govern them.

Everyone has experienced magic. It’s unlikely we remember our first magical act, as it happened before we started forming memories.

According to those who carry the torch of true magic, all of magical theory is based on the development of the human brain and subsequent attempts to gain control over a hostile environment. One of the ways we do this is conceptualization. It’s not long after birth that our malleable brains begin to associate nurturing and safety with the ones who care for us. And just like that we’ve waved our wand for the first time.

As we grow older we are forced into magic (which naturally makes it a little less magical, doesn’t it?). We memorize multiplication tables, capitals of the 50 United States, and what scrupulous means. Naming things is the oldest form of magic It’s the one God instructed Adam and Eve to initiate by exercising dominion over all the plants and animals in the Garden of Eden by making labels for them. And as our conceptual naming grows, so does our magical strength.

We learn the magic of social constructs and how to grow our abilities into beneficial social skills. Our relationships and ease of living thrive or suffers based on how well we adapt to these obscure laws of nature and learn the magic.

However, we’ve all met the kind of people we would call charismatic. If you look at history, the most influential people were usually talked about with every word except the “M” word, alluding to their ability to work within the confines of social networks and within the laws of their own lives that allowed them not to just thrive, but to shift the paradigms of the society they lived within to revolving somewhat around them. Isn’t that as magical as any fairy tale you’ve heard?

Now, there are thousands of examples, but in all of Adolf Hitler’s horrid success it’s hard not to look at what he was able to do as a form of magic (perhaps dark magic in this case). Not just the terrible results, for those have been talked about widely, but the method by which he got there. He had a clear vision and the determination to convince the world of his perspective. And while he didn’t convince the world, he convinced enough Germans (though not nearly the majority as one might think) and created a position for himself to exact his vision on the world. We saw the consequences of such a dark but powerful concept.

Did you know that Leonardo DaVinci was dyslexic? So are Stephen Spielberg and Richard Branson.

Albert Einstein couldn’t speak until he was four and read until he was seven. His parents and teachers considered him mentally handicapped.

J.K. Rowling (appropriate) has a magical story of success. As do Oprah Winfrey, the Wright Brothers, Stephen King, and Vincent van Gogh.

And yet a large percentage of us complain that we can’t achieve our dreams. The fact is that we have a soft bed to lay down on under a roof with central heat and air. We have refrigerators and clean water.

It isn’t mysterious. Life has immutable laws and within them are the instructions by which we perform magic. Focus on that which we want and need, not that which upsets us (unless you’re going to do something about it, dammit). Practice gratitude for that which you do have, “so that you may have more”. Open your basket to those who are in need, for a closed basket cannot receive more.

Magic is our way of living an actualized life. Read the ancient texts, it’s all there. We’ve managed to skew the truths of almost every spiritual guide through the ages, but they left lessons for us. It’s not about being right or wrong but about doing the world that they lived their lives to improve a justice by listening and practicing the truths they died for. That’s modern magic.

Maybe we need a new word for it. I don’t want us to have any more martyrs, but neither do I want a world full of dull people wishing things could be different when they have access to the same rules as those who have made their mark in history.

Go about it, the way they have, with unwavering vision and determination and the touch that will modernize and exponentially reveal magic: love. Have compassion for those you come across and for yourself. Failure is unavoidable on the path to success, so learn to fail with grace. When you taste success you can savor it with humility and know that failure is probably not far down the road. Magic isn’t just an act, it’s a way of viewing the beautiful processes that allow us to live and breathe and that want us to thrive in the same space where mediocrity and injustice loom with potential life.

Look at your Uber drive for the beautiful being he is. Thank your waitress for her service, especially if she’s having an off day. A genuine thank you can change someone’s day. And to make someone smile who doesn’t want to, well, that is magic too.

So I challenge you: reexamine your views on magic. Then, take an honest stock of how often you wave your wand and imagine without limit the biggest, most beautiful life you can.

All that’s left is reading the instructions.