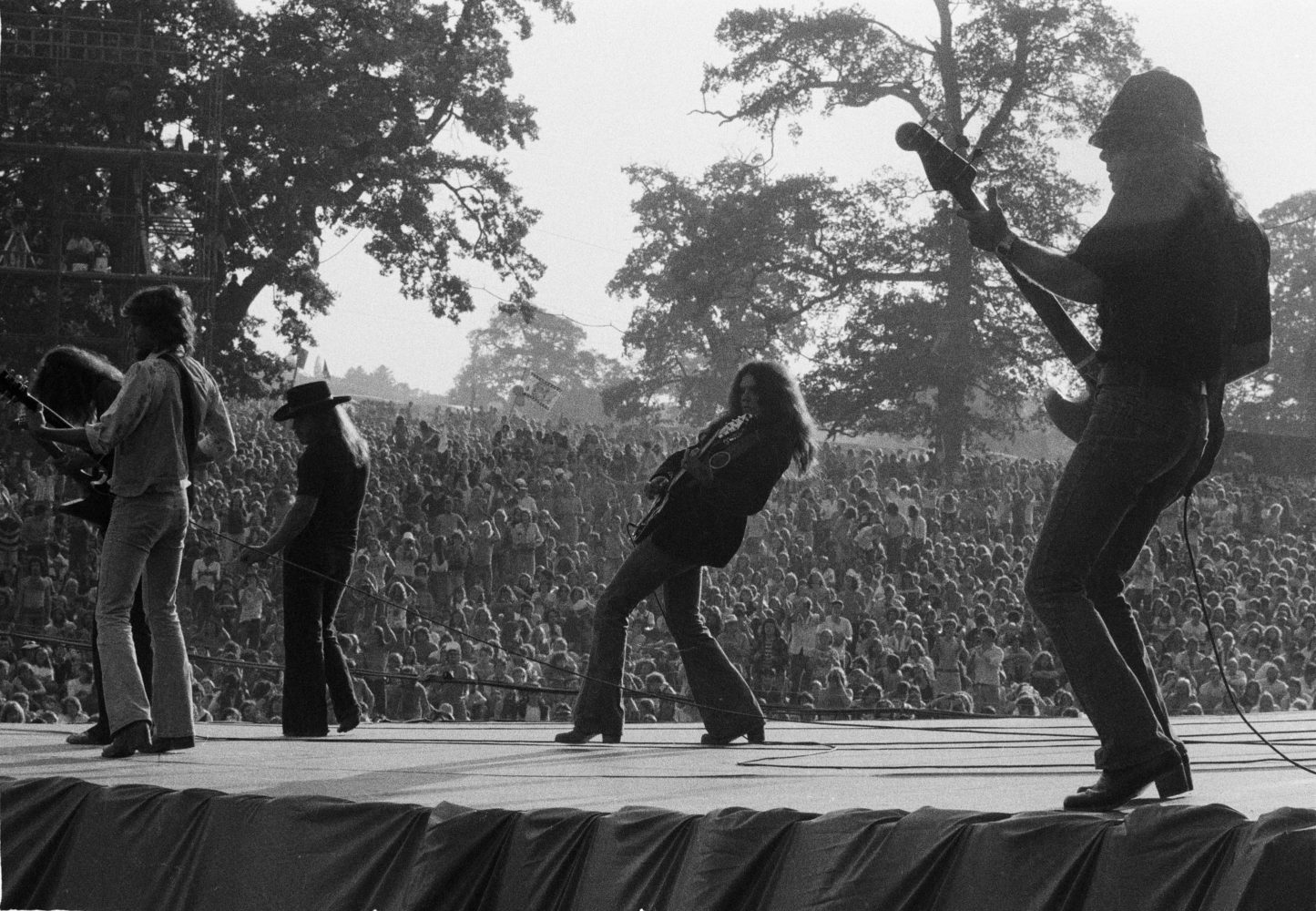 A most notable example of rebels and brits colliding:

There was once a music festival at the Knebworth house in England. It was 1976, and The Rolling Stones were coming off a tour of difficulties based around poor sound quality and low audience satisfaction. Knebworth was to be planned around The Stones headling. It was home turf, and there were rumors that it even might be Mick and the boys’ last show (of course, we’d heard that before and have often since). If the festival went according to plan, it would be The Rolling Stones reparations— as if the world’s greatest rock and roll band really had anything to make amends for.