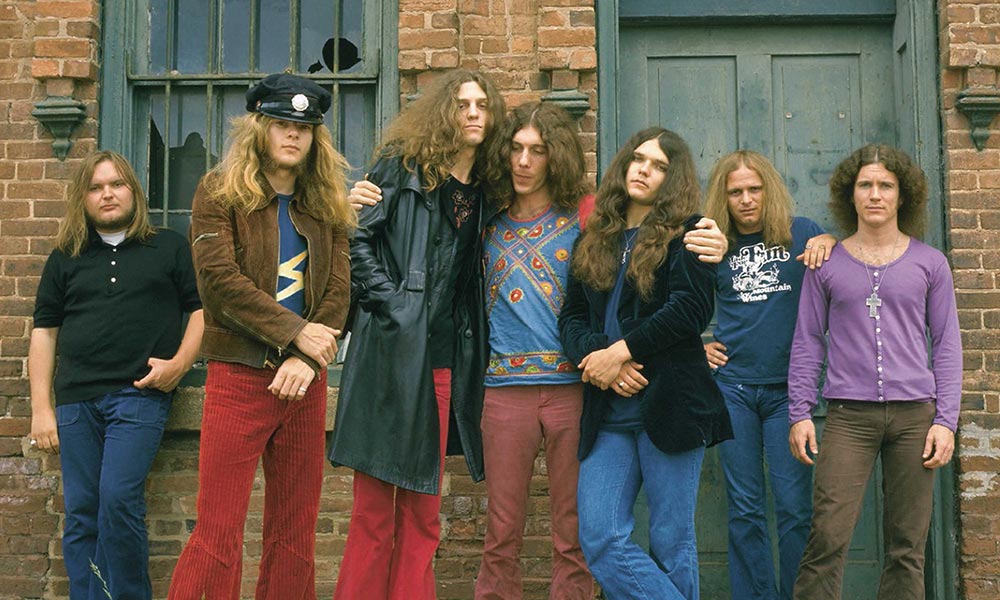 Some things you may not know about Lynyrd Skynyrd:

Lead singer Ronnie Van Zant was known, even as a child, to regularly claim he wasn’t meant to live to thirty years old and would “die with his boots on,” meaning on the road. The fatal plane crash in 1977 was just months before his thirtieth birthday, cutting their Street Survivors tour short.

Members of the band claim to have experienced Ronnie’s ghost in many different forms.

The band was notably progressive, with ideals and lyrics opposing that which they were often misinterpreted as being aligned with. See Saturday Night Special in regards to gun control; Sweet Home Alabama in regards to segregation. There’s a whole host of interviews out there supporting this.

Ronnie Van Zant’s father, Lacy, was a Golden Gloves boxer with at least three dozen bouts under his belt. He taught all his boys to box.

There was reported competitiveness between Ronnie Van Zant and Gregg Allman. But, maybe it wasn’t as much about the music as it was Gregg having previously dated Ronnie’s wife, Judy.

Filmmaker Cameron Crowe partially based the band in Almost Famous on Skynyrd. Crowe was sixteen years old when he was assigned by Playboy to follow The Who for their Quadrophenia tour. Skynyrd opened for The Who on that tour, and Ronnie Van Zant approached Crowe, complimenting him on a big piece he’d written about the Allman Brothers. Crowe said about Ronnie, “He was the first musician that crossed the line and talked to me like I was an artist or a writer. It blew me away. He was a guy who treated me like I was an equal, and it gave me a lot of confidence, doing that. A straight-ahead, sensitive guy. No agenda, he didn’t ask me to write about him, just took the opportunity to tell me the story had reached him. Over the next three years, we stayed pretty tight, and I did write about them and went on the road with them and all kinds of stuff.”

Most people know of Neil Young and Lynyrd Skynyrd’s perceived riff over Young’s song “Southern Man,” and LS’s rebuttal in “Sweet Home Alabama.” What people don’t know is how much they admired one another, even wearing each other’s merchandise during their own concerts. Or, that “Sweet Home Alabama” was a provocative effort by LS to point out the flaws of racial thinking, not corroborate it, and that much of the song was written in jest. Neil understood the joke and supported the band fully, remaining close friends with Ronnie until his death. He would write a song called “Powderfinger” for LS to cover, but it ultimately wasn’t chosen for record purposes. Drive-By Truckers wrote a song about the mythical feud, called “Ronnie and Neil”.

“Mississippi Kid” was written by Ronnie even though he and the rest of the band were from Jacksonville, Florida. Ronnie’s only definite relation with Mississippi was that he would ultimately die there.

Back up singer Jo Jo Billingsley had a premonition dream about the plane crash two nights prior to the tragedy. The following day she called and begged the band not to take the assigned aircraft. Ultimately, the band would take a vote, obviously choosing to fly despite Jo Jo’s pleas.

Jo Jo and Cassie Gaines (Skynyrd backup singer who sang in the first-ever Broadway version of “Hair”) knew each other prior to Lynyrd Skynyrd via working together at the Mexican restaurant Panchos in Memphis, TN. (This is relevant to all my Memphis people.)

The plane crash of ’77 was near McComb, Mississippi. One of the plane’s surviving members ran through the swamps for help with “ribs poking out of his skin” and was winged by a gun-carrying, local farmer. The rescue efforts took hours to arrive, and in the interim, looters came to pilfer the crashed plane, the surviving passengers (some twenty people), and even the dead band members.
“They were human vultures,” recalls road manager Craig Reed. “All the money that was in my pockets was taken. We had been playing poker right before the crash, and I was winning big. I had a couple of grand that was taken. All my T-shirts were taken, all my jewelry, a skull and crossbones coke spoon. Silver bullets from Gimme Back My Bullets. All gone. They went through our suitcases. They took anything that said ‘Lynyrd Skynyrd’. They even went out and took the side of the plane that was painted ‘Lynyrd Skynyrd’.”

Leon Wilkeson (bass player) was pronounced dead three different times only to wake up and claim he had been sitting on a cloud-shaped log with Ronnie and Duane Allman. “Ronnie told me, ‘Boy get yourself out of here, it’s not your time yet, get on out of here.” This was the first of many similar claims.

On a brighter note, they’re infamous for rocking “The World’s Greatest Rock and Roll Band” right off of their own red-lipped, tongue-shaped stage at a music festival in Knebworth, England. I’ve chronicled this in another post.

edit: I will add links to interviews, articles, and videos at a later time.