What am I doing?

I’m not your average onliner (or am I? I truly don’t know), but have recently launched myself into it with a developing coaching practice intertwined with a messy and delightful history of writing. This website is a product of these things.

I was born in Memphis, Tennessee, and lived the first 18 years of my life in a small town in Mississippi. I lived and learned on about 20 acres with my parents, sister, and brother. I’m the youngest (I say this out of habit). I went to college at Mississippi State University and graduated five years later with a bachelor’s of Landscape Architecture and a strong sense of cluelessness regarding my career choice. During my 4th year of college I’d lived and worked in Bangkok, Thailand, a semester which changed everything. Despite being a traveler before this, I was not prepared for the experience of living practically alone in a country of people who saw me as a foreigner. I describe this in much more detail here.

Spending the following semester living and traveling in the western United States, I went back to school the following year knowing only one thing for certain: I wanted to travel. 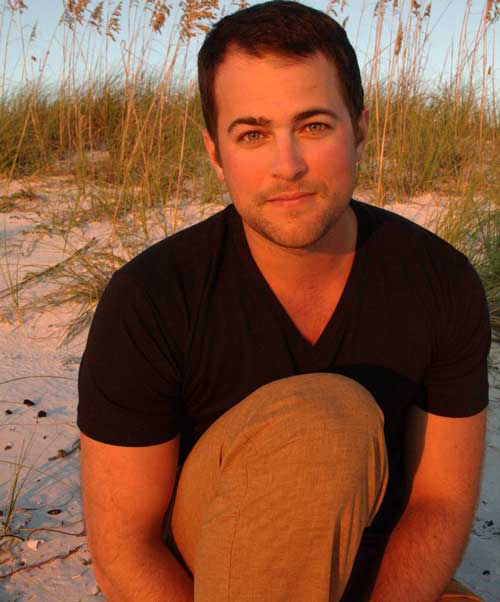 The next year I thought mostly of that (obviously a 21-year-old boy thinks of other things), and I was very glad to be done with school forever (so I thought). I finished my limp through college with a concise bang, turning in all of my final projects, skipping the ceremonies, and catching a flight to Yellowstone National Park.

This was one of the most amazing times of my life, four months of invaluable experience. It’s very hard to describe, although I tried gallantly here.

I eventually found myself back in Memphis, living and working, trying the normal life I was told would be safer and, ultimately, more rewarding. I even found a job at an architecture firm. “Yay!” said the family, “yay!” said the (ex)girlfriend, “yay!” I tried to think.

I believe I made it eight months.

At this point I’d come to the decision to do what it is that I currently do for work, firefighting. I’d done some training and volunteer work and assumed that, with good motivation, I would make it if I tried out for a department. So, being the dreamer I am, I moved back to Park City, Utah (think second semester of 4th year) and went out for the department. Having zero career firefighting experience and not even being familiar with the department or job details beyond what I’d read repeatedly online, it was natural that I didn’t make the cut. While they only hired 3 out of the 350+ who tried out (I was number 8), I found this devastating. I’d literally put every egg I’d ever known into this one, very slim basket, and watched it slip through a crack in the wall.

And here’s where we take a small but key step back to establish something–a few months prior to this move and basket dropping, I’d found out that I was a diabetic. I write much more about this here, but, in case you’d like to finish this story now, I’ll summarize:

I was quickly becoming a type 1 diabetic. Some of you might find that statement confusing because we all learned that type 1 diabetes is juvenile onset, not 22-year-old onset. Yeah, I thought so too. I assumed, alongside my doctor at the time, that I was a type 2 and just needed to clean things up a bit. Granted, I was already running 15 miles on the weekends, lifting weights regularly, and eating what would be considered by my current standards only a partially SAD (standard american diet). But, after digging into the literature more I discovered that I was largely basing my diet on carbohydrates, consumed about 5-10x the amount of sugar I really should’ve been, and, frankly, drank way, way too much. Craft beer was like my coca-cola.

I declined assistance from drugs and decided I would handle it myself. This, retrospectively unsurprisingly, would be the prideful straw that broke this camel’s back.

I switched to a pescatarian diet that was low carb. I also, to my eventual demise, began drinking incredibly large amounts of water. I’d found that this was a major contributor in keeping my blood glucose levels in the decent (140-200) range. This along with my new diet and fasting exercise regiment gave me incredible hope, as I’d felt the energy that only a person who goes from daily blood sugars of 600+ down to the healthy range around 150 can feel. It’s like taking off a suffocatingly thick, drenching wet wool coat. I felt like a baby deer getting its legs.

That lasted for about four months. At that point I just assumed my grip was slipping, that I could still live with and control my type 2 diabetes. I didn’t realize that my pancreas wasn’t producing adequate insulin (like hardly at all) and was certainly producing less and less. I wouldn’t check my blood sugar level for months, out of fear of what it might be.

Let’s jump ahead. I moved away from Utah after being there for about a year (June 2013-June 2014) and, after a two month pit stop working on a ranch in Wyoming, found myself living in Louisville, Colorado, the most quaint mountain town that I babble about here. But you cannot escape by running an issue that comes from within. I was clinging to the short periods of feeling “good” throughout my day and dreading the hours I spent with low energy, uncertainty, and an overall feeling of doom. Seriously.

My close friend and I then took a three-month hiatus to western Europe. In defiance of my health, travel once again put me into the realm of thinking deeply, living purposefully, and being simply. I began to have real dreams and goals again. I felt the magic that is present in every day, the stillness that is offered, the beauty that exists all around us. I had a desire to live righteously.

I came home with a plan: I was going to get that firefighting job that I had felt so strongly was right for me at one time. This time, though, I ended up in a little town on the gulf coast, Orange Beach, Alabama.

Breathe in, breathe out.

I began working as a resident firefighter. Essentially, at 25 years old, I worked as a firefighter for 300 dollars a month, shared a room with my brother in a department-owned house in town, spent most of my free time studying or training, and managed to serve tables a few nights a week at a local restaurant. With my health still giving me a hell of a time, I found myself visiting the local clinic more often than a hippy-minded kid ever wants to. And that’s where the vitality shaped box revealed itself in two words: blood work.

Despite working out 7 days a week and eating flawlessly, I couldn’t keep muscle mass and my energy levels were at an all time low. I literally only felt good for the hours surrounding my daily workout. I had cramps in my legs every night when I slept, I peed more often than my grandfather, and was all around not very excited about life.

When my blood work came back, there were a few alarming factors: not only was my blood sugar way too high, and my electrolyte levels imbalanced (which is a much bigger deal than it sounds, this is multi-system decline parameters), but my insulin levels barely registered. It was at this point that, as I’ve said before, everything changed.

I don’t know exactly when things got so bad, although I’m fairly certain it was for much longer than I realized, but using insulin reminded me of being a child. The heaviness of sub par biological function disappeared. I felt free.

I’m blessed beyond belief. I spent years of my life too prideful to think that I would ever rely on modern medicine for my day-to-day living, which to many is probably foolish. Sometimes people need to nearly drown before they can accept the life-preserver hanging over their heads.

I’ve come to realize that I have so much to offer the world, that we all do. I’m trying to help people see the obstacles that they are allowing to be a part of the problem, instead of a part of the solution.

For me it was my pancreas and its inability to produce insulin. Why was I so resistant? Because I didn’t want to be seen as weak, as reliant on anyone but myself. And yet, now that I’ve accepted this fact, I’ve overcome both the fear of judgement, and need to do everything on my own. It’s such a relief.

Nowadays, I am employed as a career firefighter in a wonderful little beach town. With my persistent off-time, I pursue what I love which has sustained this movement to give to a world that I hid from for so long.

I’m putting myself out into the world because I really believe we need more vulnerability, more inclusion, and more passionate people.
I love to do many things, but I live to help people through presence.

Sometimes it’s sitting down over a cup of coffee and digging down to the roots of an issue, or helping someone find the mind-splitting discovery of inner stillness and presence. Other times it’s going on an amazing adventure and leading the journey into the discovery of truths that are simply covered up by someone’s life situation. I help them get out of their own way. And, most recently, it is also through the Living Letters: where a person gets to drain their heart and mind onto paper (such a brave and adventurous act) and I am fortunate enough to be allowed to read it and write back, with what I believe will help. It’s a relationship via the written word. Some people just communicate better this way. I do.

Life is a concert, a movement of vibrations through a throng, all of us so similar in that we are here for the music and joy, but sometimes are distracted by the dirt beneath our feet or the clouds overhead. The dirt is for dancing, the clouds for admiring, and the music is for appreciating. The people around you are there because they need you as much as you need them. As time progresses in it’s odd way, you’ll move through the throng and have to let go of some people and find others, but that move is just what you need to see the music in a more defining way.

Listen closely and remember to dance. 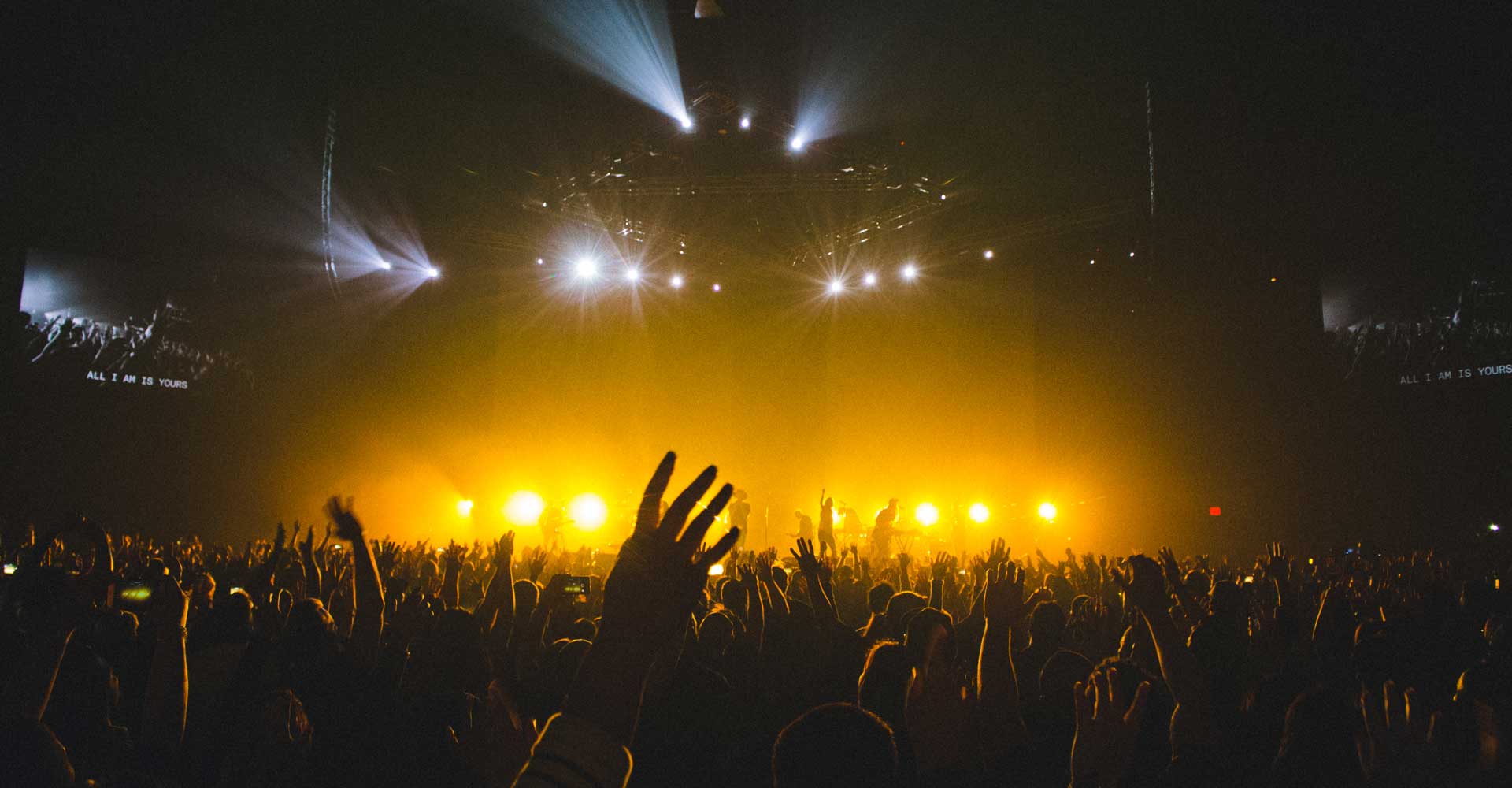